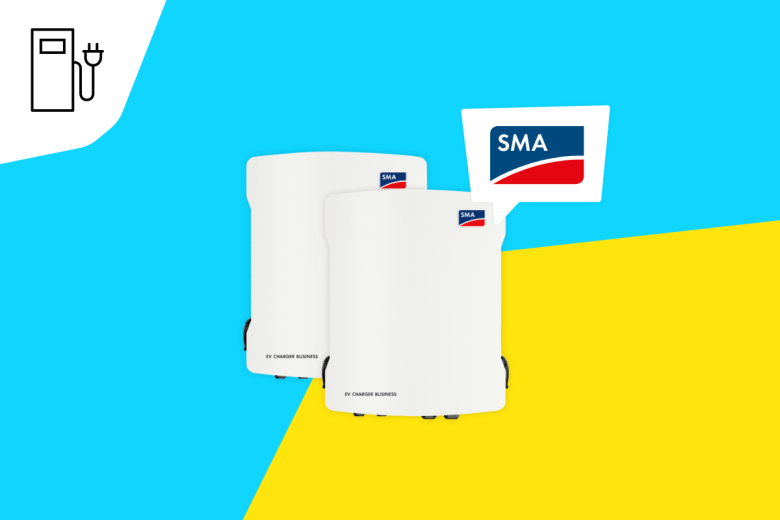 As single device and for the entire commercial system: SMA now offers the SMA EV Charger Business in different variants. The wallbox can be part of a complete PV-system and a commercial solution. How does it look like?

The SMA EV Charger Business offers two charging points, so two vehicles can be charged at the same time. Additionally, there is the possibility to expand to up to 250 charging points. The available charging power is 22 kW per charging point. The access to the charging station is controlled via an RFID card.

The SMA EV Charger Business comes in 2 variations: as a standing charging pole or a wall-mounted version. You can also choose between charging sockets and charging cables. With the dynamic load management, the individual charging power per charging point can be controlled. The SMA EV Charger Business also offers integrated DC residual current monitoring. It is recommended to always integrate an SMA Data Manager M in order to be able to use the full range of functions, e.g. PV surplus charging can also be done using this.

The product features of the SMA EV Charger Business:

A system for commercial applications

The commercial system SMA Energy System Business combines several components and optimises energy consumption. Due to the SMA Data Manager M this works completely automatically.The SMA Data Manager M is the heart of the SMA Energy System Business; it is responsible for communication and monitoring of the entire system. The surplus energy is routed directly to the SMA Storage Business, which automatically sends the electricity back to where it is needed during peak loads or in case of low solar irradiation.

SMA Spot regulates the commercialisation of surplus energy. When the storage unit is full, the surplus electricity is routed directly to the grid. The combination of all components thus increases self-consumption, saves costs and at the same time is environmentally friendly. This is how the individual components are linked together: 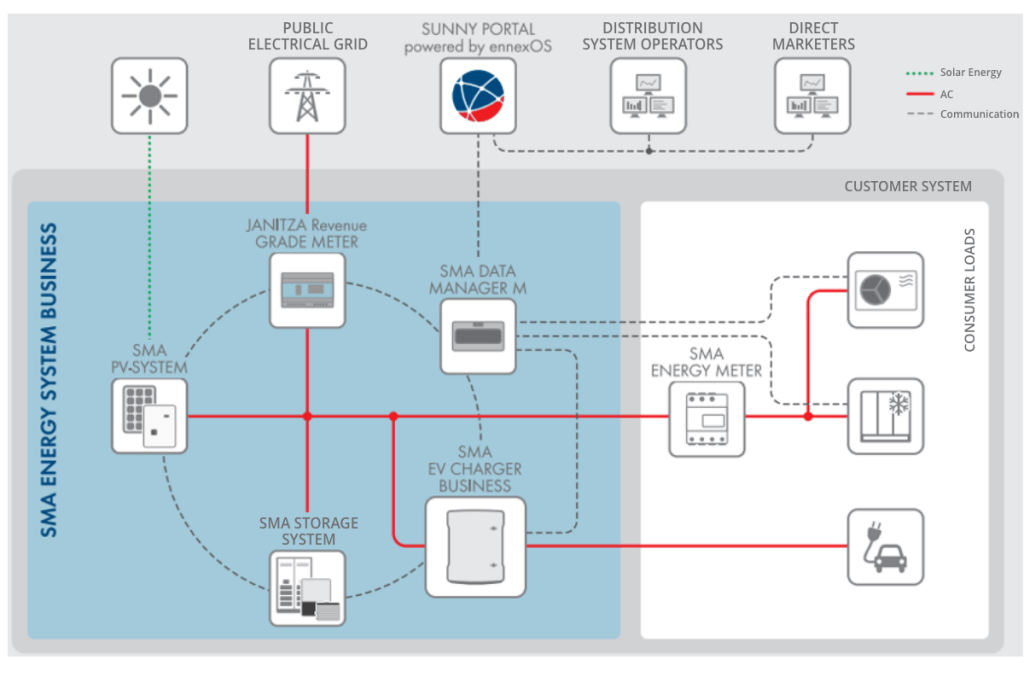 Both in the complete system and on its own, the SMA EV Charger Business is an attractive solution for individual charging poles as well as for the charging parks. The option of installation on the wall or on a standing point is another advantage of the SMA EV Charger Business. 22 kW of power is always available via each charging point. Depending on the total load, more or less power is made available for the charging through the dynamic load management. With the help of PV surplus charging, self-consumption can be increased, thereby saving the cost.

Ludwig studied renewable energy management and enhanced his knowledge of electromobility. He is our expert for wallboxes and charging stations and is responsible for ensuring that the mobility revolution finally takes off. Ludwig also knows his way around the funding jungle of photovoltaics, electricity storage and electromobility.