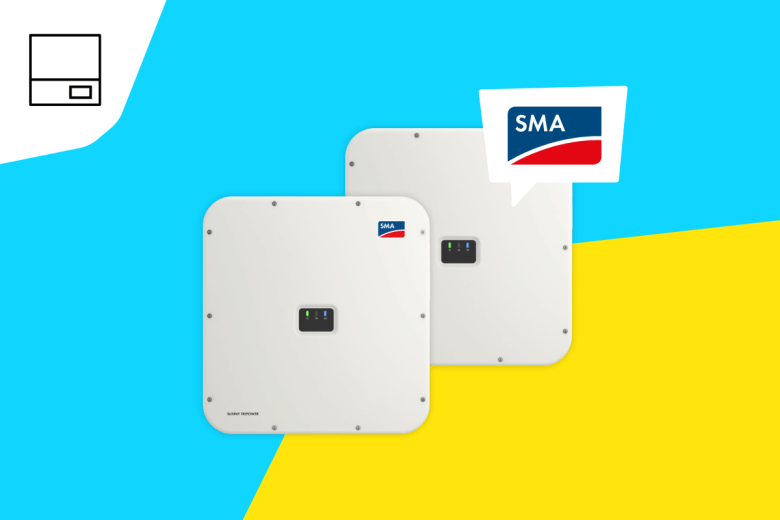 One innovation after another: After the SMA Hybrid inverter, the Kassel-based company has now launched the Sunny Tripower X inverter with improved features and interesting functionalities. Designed for the future?

SMA launches the new PV inverter series SMA Sunny Tripower X, which replaces the previous series Sunny Tripower TL-30. The new inverter is suitable for both large-scale residential projects and smaller commercial systems and is totally Made in Germany.

The new SMA Sunny Tripower X is available with an AC power of 12, 15, 20 and 25 kVA and closes the gap between the SMA Sunny Tripower 10.0, the SMA CORE 1 with 50 kVA and the SMA CORE 2 with 110 kVA. The Tripower X boasts an integrated system manager, which makes it possible, for example, to implement a central grid and plant protection. A circuit breaker has been integrated for this purpose. Therefore, the only component required is a simple power supply controller. A central grid and plant protection is mandatory for a total system power of 30 kVA or more.

The PV inverter comes with 3 MPP trackers. The new SMA inverter series can be overdimensioned on the DC side by up to 150 %. As a result, there are several configuration options.

SMA has integrated an arc-fault circuit interrupter (AFCI) into the Sunny Tripower X, which works as a safety component. If electric arcs occur in the PV system, the power supply will be automatically interrupted to prevent a possible fire. SMA Dynamic Power Control is able to dynamically regulate the active and reactive power, while the SMA ShadeFix intervenes against partial shading situations.

In addition, in q3 SMA will be integrating a I-V generator diagnostics function, which is already available for the SMA CORE 1. The I-V curve diagnosis can be used to measure the current/voltage characteristics of the connected PV array strings during maintenance operations. To make an example, you can detect a glass fracture of a PV module or a partial shading situation. With these results, you can then evaluate the quality and overall power of the PV system and thus increase the PV efficiency.

The Sunny Tripower X represents an important component in the SMA Energy Home & Business System, as it can act as a system manager. This allows you to integrate an energy meter and up to 5 SMA inverters, even among the CORE 1 inverters. A radio ripple control receiver can also control the system manager. For systems up to 135 kVA, direct marketing via SMA SPOT can be implemented with the System Manager without an additional Data Manager M.

If you are planning to install a PV system over 135 kVA, the Data Manager M is still necessary. If a Wallbox (SMA/Mennekes) or a heat pump (Stiebel Eltron) are to be intelligently activated, you will still need an SMA Sunny Home Manager 2.0. A Sunny Home Manager 2.0 is also required for the charging and discharging process of a battery.

The new Sunny Tripower X devices weigh 35 kg. The previous generation had a weight of 61 kg. The Sunny Tripower X devices will only be available without a display. SMA optimised the arrangement of the components to improve cooling efficiency. Digital inputs and a multifunction relay are available. By q3 2022, the new series will come with a retrofittable RS485 interface. This means you can also use the Tripower X for existing systems with RS485 communication. Here the product features compared to the TL-30 model:

Designed for a fast installation

The new inverter series designed by the manufacturer from Kassel will be mounted on the wall. A wall support is included in delivery. For installation, unscrew the cover of the inverter by removing 10 screws. You can then connect the AC connection, the LAN cable, the DC overvoltage protection and the radio ripple control receiver.

The SMA Sunny Tripower X series will replace the previous STP-TL 30 series by mid-2022. With new features and functionalities, the product is ready for the challenges of the future and is an interesting solution for both home and commercial applications.

A particularly interesting feature is that the Tripower X can take over system manager functions, making direct marketing via SMA Spot possible. The new inverter series is much lighter than its predecessors and offers an integrated circuit breaker, 6 digital inputs and an RS485 interface (from q3 2022).

« Everything from a single manufacturer: SolarEdge Home System
What? Why? And how to manage? The current PV market situation »

Magdalena studied renewable energy management at university and thereafter gained start-up and project management experience. A conscious lifestyle and sustainability have always been important to her. At Memodo, she started with product management and as an expert for solar modules she makes sure that our modules shine in the Memodo store.